You’re in Philadelphia and you’re lost. It’s a big city, and you’re new here, so the layout is pretty unfamiliar. But fear not, there are people looking for you, or at least looking for someone with your description; a male with black hair, brown eyes, and a green sweater. If you’re starting to worry that you’ll never be found, your fears are not unsubstantiated – Philly hosts a population of roughly 1.5 million, and in all likelihood, there are plenty of other individuals matching your description.

Try searching through that

But this isn’t Philly, this is today’s mobile app environment.

As of the new year, there are over 1.5 million mobile apps between the iTunes App Store and Google Play, and as a mobile app, your chances of being found by mere happenstance are unlikely, at best. One of the greatest challenges facing mobile app developers today isn’t building an app as much as it is getting that app found by a substantial user base. At the end of the day, the app developer has total control over how an app is built, but almost no control over how its found or downloaded – at least until now.

App Store Optimization or ASO is the process by which an app’s visibility is improved within an app store, essentially making your mobile app more relevant and easier for users to find. ASO is closely related to Search Engine Optimization (SEO), primarily in its strategy of targeting specific keywords to optimize search results according to a given search algorithm. However, where SEO has been a driving force behind web marketing for over a decade, ASO remains a new and evolving field with plenty of room for growth.

So where do you start?

When dealing with ASO, there are only two key components that dictate your app’s presence: app name and keywords, this is why it is absolutely imperative that you focus on these two factors as early on in the process as possible. While descriptions, user reviews, icons, and overall app quality will determine whether or not users will actually download your app, those items are outside the scope of ASO. The job ASO aims to accomplish is to put  your app in front of your user base, from there it is the quality of your app that will determine its overall download count.

When dealing with ASO, it is important to remember that you’re dealing with a much-less involved process compared to standard SEO. The fellas over at Apptamin came up with an “ASO cheat sheet” that contains a number of key strategies aimed at enhancing your app store presence.

For starters, picking the right name for your app makes a world of difference in how that app will be received. In the iTunes App Store for example, users see the first 19 characters of an app (in addition to its icon) while they are browsing. This means that you have 19 characters, as well as your icon, to either attract attention or not. Having an explicit name that is both creative, while spelling out exactly what it is your app does, can be incredibly helpful. But picking a name that accomplishes that goal is not an arbitrary process. Your app’s name actually serves a dual purpose in acting as a keyword for searches queries as well.

In the case of the iTunes App Store, Apple uses your app’s name when creating the URL under which your app is found, so having a name that falls in line with your app’s subject matter will do a lot to enhance your user’s search results.

Apple gives each app 99 characters to define its keywords, so allocating those characters correctly is arguably the most critical aspect of ASO. When defining which keywords to use, make sure to separate each keyword with commas, and to produce single words rather that phrases. Of course, defining your keywords doesn’t mean squat if you don’t know which ones to use.

The good news is that 2012 was the biggest year for ASO yet, featuring the introduction of such tools as MobileDevHQ, Appcode.es, and Appnique. These resources allow users to target and follow specific keywords, and to determine, based on strength and popularity, which name and keywords to attach to a mobile app. Each site uses an algorithm to detect specific patterns in order to present you with the best keyword tagging options for enhancing your mobile app’s visibility and popularity. Basically, these tools should offer a lot of help in the way of keyword selection. Remember, it is a lot better to be in the top results for a mildly competitive keyword than to be somewhat relevant for a highly competitive keyword.

That said, once you have chosen your name and the appropriate keywords, you’re on your way. Remember, no amount of App Store Optimization is going to make a sub-par app good, producing quality material is the real key to success. But if success is buried behind over a million-and-a-half apps, it’s always nice to have a few tricks up your sleeve. 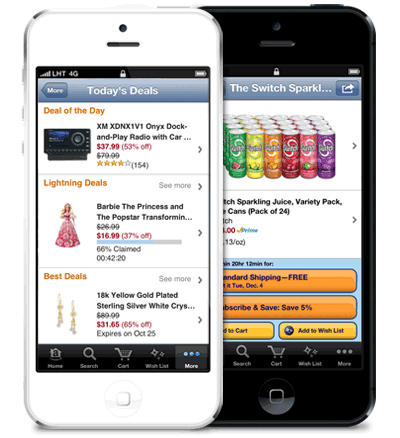