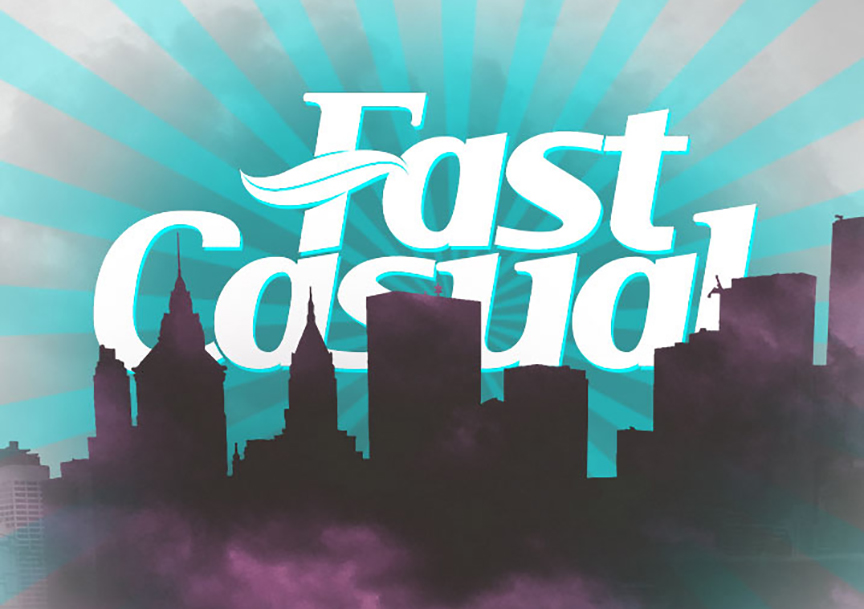 Well, it came, and actually happened, with many great sighs of relief. Restaurant leaders were finally able to get together to collaborate and innovate on-site. We’re speaking of the Fast Casual Executive Summit (FCES), of course.

The uninitiated may ask: What is the FCES?

Now marking its 16th year, fast casual leaders and innovators converged for two and a half days to learn from one another during one of the most popular and prestigious summits in the restaurant arena.

Hosted at the Westin Hotel in Charlotte, NC, participants were also able to easily access the city’s Uptown district, and were just steps from the NASCAR Hall of Fame and Bank of America Stadium.

It is a unique opportunity for executives to share ideas while engaging in interactive presentations and sessions which encourage “collective wisdom to be distilled into concrete, actionable ideas” that participants can put into practice in the real world.

Keep in mind, this isn’t a big trade show with hundreds of vendors all showcasing their food service specialties to the public. The Fast Casual Executive Summit is a secular event for C-level restaurant executives and sponsors “whose common fast casual industry interests and concerns are brought to the table for open discussion.” 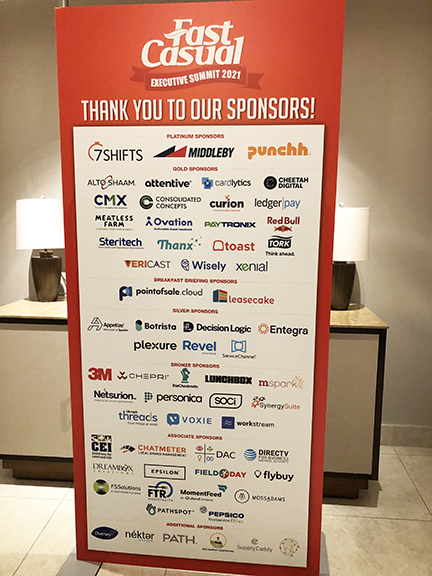 This was capped by the welcome reception, where everyone had the chance to network. The overall experience was informative and gratifying.

“It’s always wonderful to host an event that brings together the industry’s leaders, but this year was even more memorable,” Cansler said. “Especially considering we hadn’t been together in person for so long. It was like a giant family reunion.” 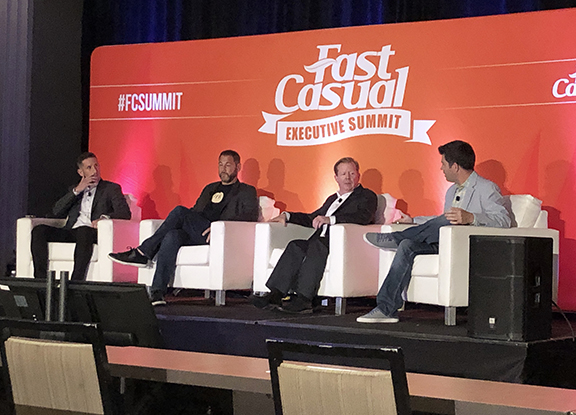 “The Fast Casual Executive Summit was an insightful few days. The panels and roundtables were extremely beneficial for all the attendees,” said Sticky’s Finger Joint Director of Marketing Robby Hoyt. “The ability to discuss best practices with other leaders in the industry was very valuable. The vendors that were present were also extremely helpful. The ability to see all the technology available to restaurants is astonishing.”

“A major topic was how surprising and delighting guests is the new loyalty formula, especially with digital channels,” said Chepri VP of Business Development & Partnerships Keith Garrard. “I really liked something that Sean Kennedy, President & CEO of Cowboy Chicken said: ‘If a guest has a bad experience or some type of mistake happens, recovery from that is an opportunity to create a guest for life.’ Really knowing the pulse of your guest and acting on that feedback is huge.” 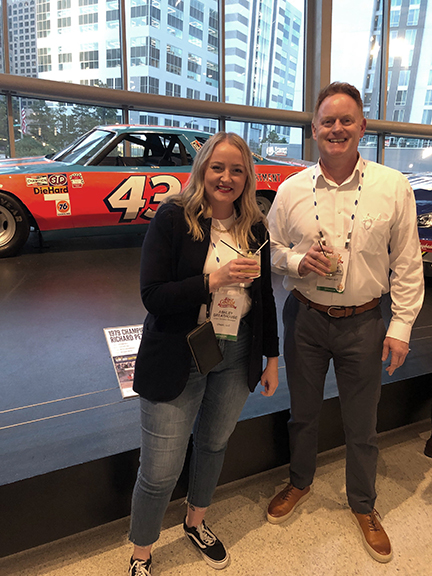 “Fast Casual continues to be a must-attend show for any operator or provider serving this essential segment of the restaurant industry.  This year was no different,” said Personica VP of Marketing Mike Mirkil. “The intimate setting and fun social events allowed for great engagement and relationship-building.”

Tuesday, October 5 featured General and Breakout Sessions such as The Perfect Pitch, Surviving the Pandemic, Marketing in the New Normal, Technology Upgrades, Integrated Loyalty, Digital Transformation, and the State of Industry CEO Roundtable. 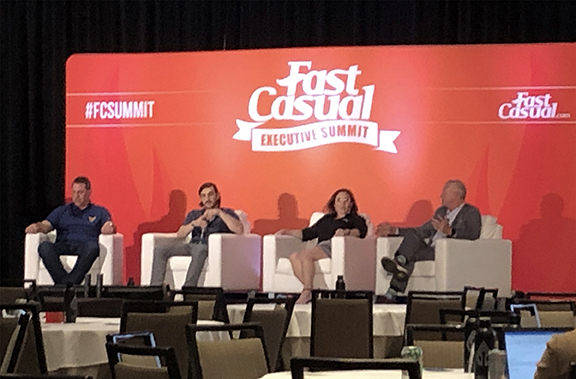 “Leaders in the Restaurant Insights for Marketing in the new normal hit on key targets like offering agility in your offers and deep link promotional items in the menu,” Garrard said. “As C.J. Ramirez, SVP pf Marketing at Dog Haus declared, ‘”Live in the stoke, because things are going to change, and that is the new normal.”‘

It’s no secret to anyone in the hospitality industry that the pandemic has completed changed how restaurants operate. The virus has also seriously challenged events where a lot of serious face-to-face business is conducted.

“The Fast Casual Executive Summit has always provided a venue for leaders to learn, share ideas, seek help, and swap stories,” said Wow Bao President & CEO Geoff Alexander. “This year’s summit did not disappoint; after months of being separated from colleagues, everyone came together to collaborate.”

The disruption forced many in the industry to reevaluate their protocols. This resulted in the recognition of how important contactless technologies were to survival. It also revealed how difficult it was to communicate and understand necessary digital complexities solely through Zoom calls.

“After months of connecting via Zoom, the Fast Casual Executive Summit provided the perfect venue to collaborate in person;  leaders from across the industry met in person to collaborate and innovate,” Alexander said.

With so much was at stake, everyone knew their place at the table required some good old proximity networking. We mean with “real” presentations, breakout sessions, panels, and other intense discussion.

“I was really impressed with the thought leadership of the panelists (individuals) leading iconic and emerging brands. From the big brands to the independents, I was reminded of the passion and hard work required to build, sustain and evolve,” Garrard said.  “You need to move, sometimes on a dime, so having the right partners is critical. Technology is a boat you must get on.” 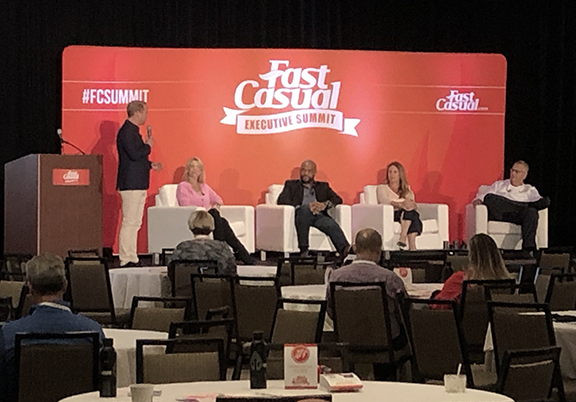 You see, simulacrum, hyper-reality and other virtual experiences did not (essentially) carry the FCES. The medium (on-premise & physical) was the message. Everyone got together on-site to “figure things out.”

“Attending the FCES was eye-opening for me as a sponsor of innovation for restaurant brands and it was a relief to see human to human interaction,” said Chepri Client Success Manager Ashley Greathouse. “I have come back from the event inspired by what restaurants are doing for not only their customers, but for their employees who have been on the frontlines. It is exciting to see the technology and ideas being shared in the space while still holding true to the brand and on-premise ambiance.”

So, doors were opened, questions were answered, and eyebrows cocked in response: “Say, I didn’t think of that solution, I’m so glad we talked in person.”

“This year’s Fast Casual Executive Summit was a great show,” Mirkil said.  “The smaller, more intimate environment allowed for greater engagement with operators and created opportunities for not just conversations but relationship-building.”

By sharing insights and knowledge, the industry becomes stronger in method and application. It’s essential to evolution, especially in the face of such a precarious landscape.

“Fast Casual hosted a terrific summit featuring some of the top executives in the fast-casual restaurant segment. It was an insightful conference with great conversations around solutions to barriers in the industry as well as growth opportunities for brands of all sizes,” said Sticky’s Finger Joint Owner Jon Sherman.  “I had the opportunity to be a panelist and it was wonderful to share some strategies around powerful technologies that can help your restaurant’s operations. I look forward to being a part of these conferences in the future.”

“Hats off to Cherryh and the Networld Media Team for hosting a magical event,” Alexander said. “This was a real summit for leaders to educate and evolve the industry.” 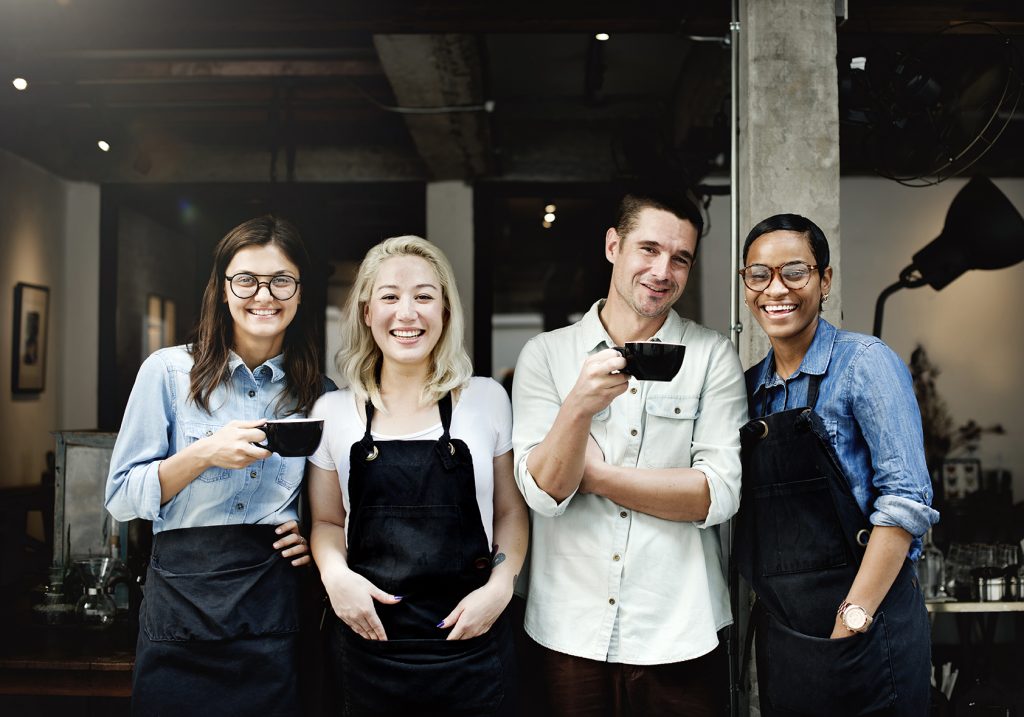